Billera Law is committed to providing you with top notch legal support. We approach every client with a focus on integrity, advocacy, and understanding. We fight for you! 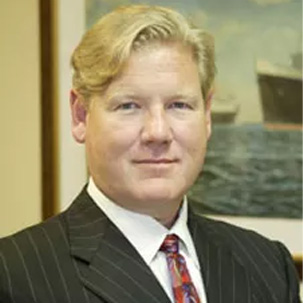 John Billera is a member of the Florida State Bar Association, Louisiana State Bar Association, Federal Bars for the Southern and Middle Districts of Florida, Eastern District of Louisiana and the United States Eleventh Circuit Court of Appeals. Prior to founding BILLERA LAW, PLLC, Mr. Billera was a member of one of the nation’s premier personal injury firms. Before that, he worked for a national maritime defense firm and also served as Trial Counsel for the world’s largest cruise line. Mr. Billera has lectured around the country on Admiralty and Maritime law issues involving personal injuries and wrongful death.

Mr. Billera was graduated from Tulane Law School at the top of his class (top five percent in 1990) and was awarded a Masters of Law from Tulane in 1991. He was a member of Tulane Law School’s International Moot Court Team, an editor of the Tulane Environmental Law Review, and President of the Tulane Martial Arts Club. He holds a Sixth Degree Black Belt in Taekwondo-Do and has earned Black Belts in Jiu Jitsu and Kuntao as well. He was World Champion in Traditional Taekwondo from 1982 to 1988. Mr. Billera is a world class fighter and top litigator who will stand up for your rights and who will get you the just compensation you need and deserve.